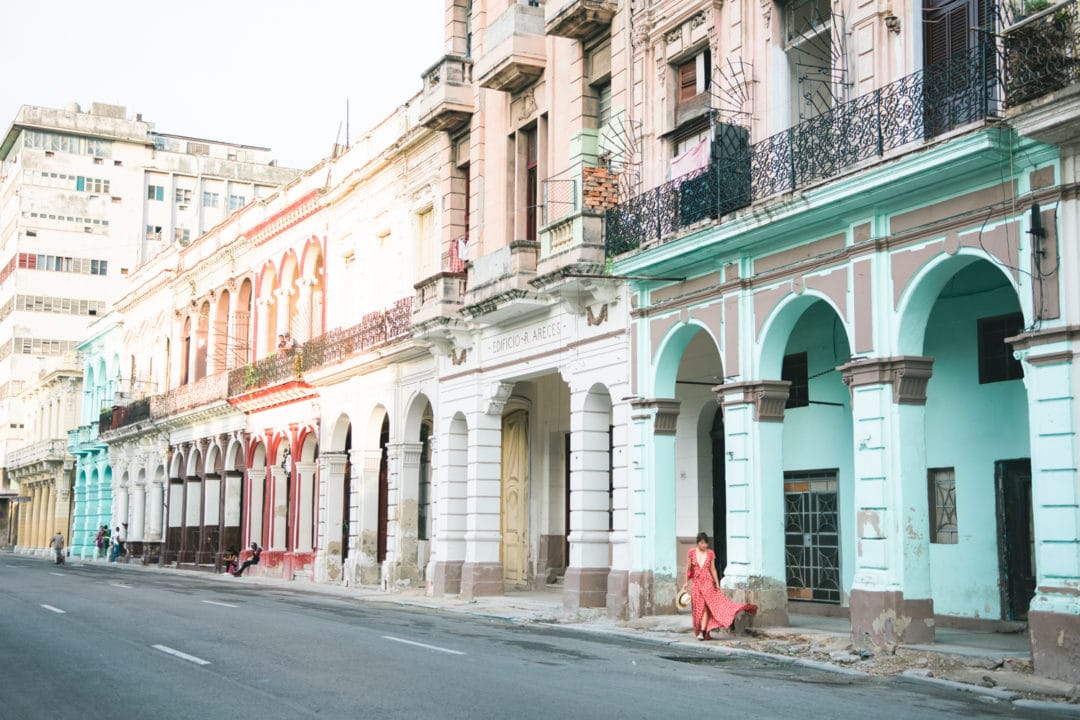 Cuba’s an amazing destination with the colorful streets of Havana and the beautiful beaches, but there are some pitfalls you’ll want to watch out for!  I’ve included some useful Cuba tips for travel so you can avoid disaster.  And don’t miss my absolute favorite activities in Cuba.

For the first of my travel tips for Cuba, it’s all about the paperwork.   On your medical form going into Cuba don’t mark tourist put other and write in education.  This was announced to us on the plane “wink wink.”

READ MORE: EVERYTHING YOU NEED TO KNOW ABOUT ICELAND 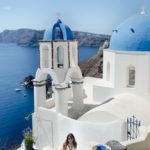 READ MORE: THE SECRET TO AVOIDING ALL THE TOURISTS IN SANTORINI

My next Cuba travel tip is one that I’m always concerned about, the bathroom situation in foreign countries.  Bathrooms at the airport in Cuba do not have seats so be ready to “hover” if you have to go upon landing.  They do hand you toilet paper as you enter.  Generally speaking though most restaurants we went to in Havana had bathrooms with toilet paper and toilet seats.  There was one bathroom that came with peacocks!

Related 10 Must Sees In Cuba

DO NOT check luggage your for your trip to Cuba.  This Cuba travel tip will save you so much time. We rarely check luggage on short trips like this one to Cuba, but one person in our group did.  She was at the airport forever while we were already drinking mojitos on the street!  Not only did it take her an hour to get her bag, but by the time she got to the money exchange booths, there was a huge line there too.  Whereas when we left the airport there was no one exchanging money, so no line.  The crowds were all waiting for their bags!

Don’t miss the money exchange when you exit the airport in Havana, Cuba!  The booths are inconspicuous with no sign, we almost walked right past them, except I stopped to ask. The booths are right before the exit of the airport, don’t walk out without exchanging your money!   The exchange fee was 15% when we went, I had read it was 10% before we went.

Map Where You are Staying in Havana Cuba

Wifi is iffy at best in Havana, Cuba, so I’ve included in this list of travel tips to Cuba the need to have a map of where your casa particulares, hostel or Airbnb is because it may not have an address.  Even with the Beautagrapher’s poor planning skills, he did get a map of where our Airbnb was in Havana, Cuba before we left using the  Maps.Me app.  The pair that got stuck at the Havana airport, not so lucky.  They had an address that was the whole street, so none of the cabs knew where it was!

Cuba is Cheaper than Expected

Don’t exchange too much money Cuba was cheaper than we thought, I would say about $500 USD is more than enough for a 4 night 5 day trip.  I had read from other tourists that they thought it was expensive.  Not the case.

Exchanging Money Back into USD

If you do exchange too much, don’t worry you won’t lose any more value when you exchange back with this tip.  Go to Cuba Duty-free after security.  We bought a pack of cigars there and they offered to exchange all our Cuban Pesos back to USD at a 1 to 1 exchange rate.  If we had known this we wouldn’t have tried to use up all our CUC!

Sneak into hotel rooftops for the best sunset views.  We didn’t even sneak.  We walked into a hotel straight to the elevator, found the top floor and off we went.  We had the rooftop all to ourselves!  There was staff at the restaurant but no one even batted an eyelash at us.  For the best rooftop views check out this post.

DO NOT EAT AT LA FAMILIA

Usually, locals recommend the best restaurants right?  Well in this case, wrong.  I had already read about the scam, a local recommending his friends family restaurant.  But I was not prepared for this, EVERY LOCAL we spoke to recommended La Familia.  Normally I do a ton of research on where to eat, but this time the Beautographer was going to do the research.  Well, he never did!!  He wanted to fly by the seat of his pants!  That resulted in the most expensive and worst meal of our whole trip.  Which also got me sick by the way, which leads to the next tip.

DO NOT EAT RAW VEGETABLES

I know I know.  I’m a seasoned traveler and I never eat raw vegetables.  I took one bite of lettuce at La Familia and instantly regretted it.  I’m Asian I eat a lot of vegetables on the regular and I hadn’t seen one in two days!  That one bite of lettuce killed me for an entire day, I straight puked out water for an entire day.  Just don’t do it!!!

Related This is Why You Need to Go to Iceland

Bring stomach medication, we all got sick people.  After the throwing up that 2 of us did, the rest had bathroom issues towards the end of our trip, and also for a good portion of time after we returned.  There’s nowhere to buy over the counter medication so bring Pepto chewables and Imodium.  Even the people who didn’t eat any raw foods got sick.

Take a Day Trip to the Beach

Havana can get quite hot in the middle of summer during the day, so I’d suggest taking a nice trip to a nearby beach.  We went to Playas del Este and it was a fabulous time.  The cab ride there was about $20 CUC each way.  There’s also a bus, but since we had 6 people it was about the same cost as the $5 per person bus.

Go to Morro Castle for a fantastic view of Havana

It’s across the bay through a tunnel, I’d highly recommend taking a classic car there!

Do the Classic Car Ride in the Morning

If you are going to Havana during summer aim to do the classic car ride early in the morning so it’s not hot and less likely to be raining.  It rained most nights we were there, but every morning was gorgeous.

No They are NOT CATCALLING YOU, a Special Note to Women and Asians

I had read that catcalling was relentless in Cuba and Asians were pointed at and laughed at.  Well I’m Asian and my Husband is Asian, no fuss was made over us, if anything we were targeted less by the scammers because they didn’t think we spoke English or Spanish (see above).  And the catcalling?  What could be mistaken as catcalling is just the locals communicating with each other down the street.  There was lots of shouting and whistling, but none of it directed at us.  It was the locals “talking” to each other.  Many people made kissy faces at me, BOTH MEN and WOMEN!  It’s just how they greet and say goodbye!  These are the cultural differences that can be mistaken as catcalling when it’s just standard greeting and communicating for the locals. 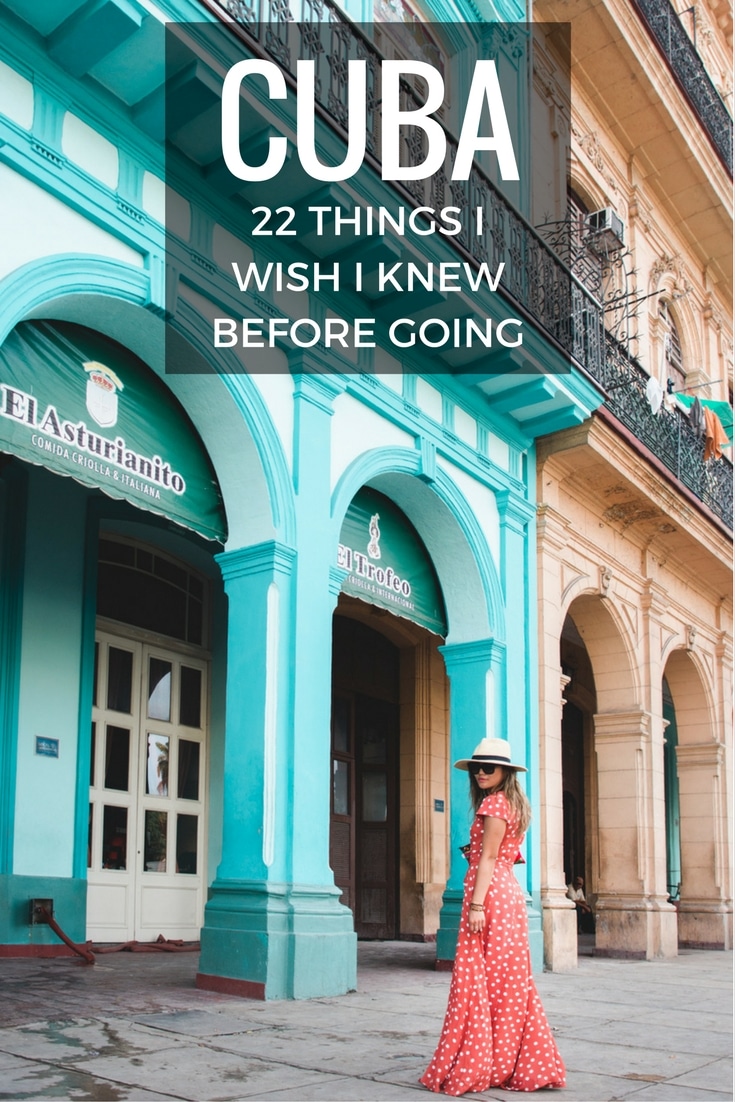