Awesome Tulip Fields Near Washington DC are about to Bloom

You know by now I’m kind of obsessed with spring blooms and flower fields.

I’ve always wanted to go see the Lavender Fields in France and of course the Tulip Fields in the Netherlands.

But not having made it there yet, I’ve found some lovely tulip fields and gardens in Washington DC, Maryland, and Virginia. 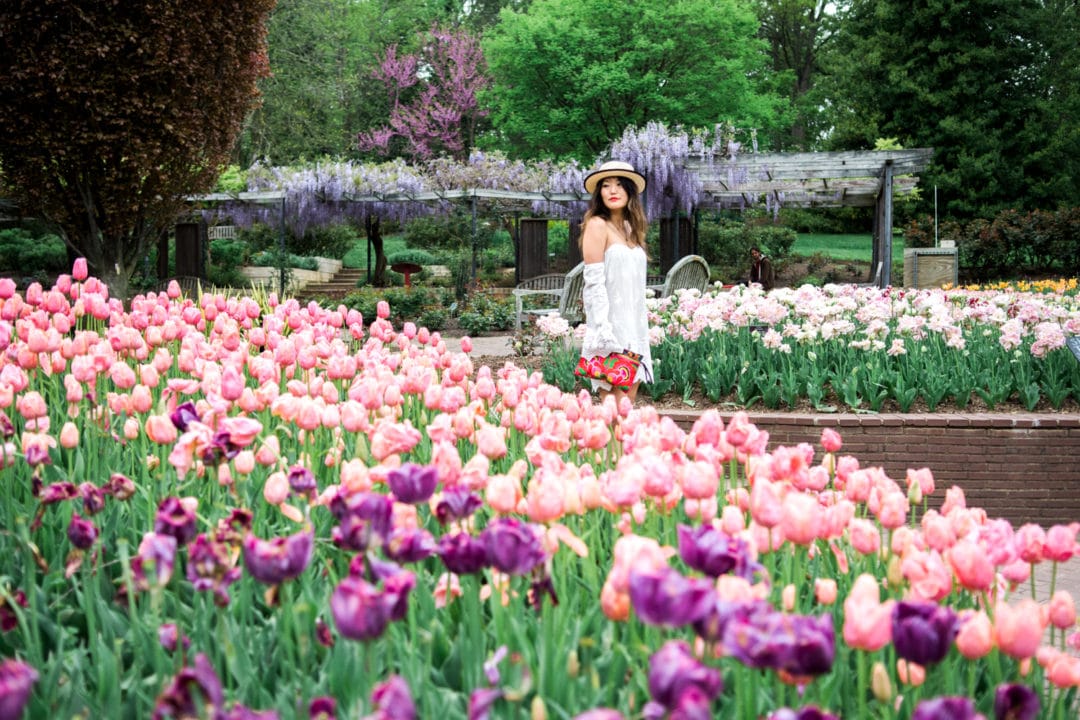 When Do Tulips Bloom in Washington DC, Maryland, and Virginia

Tulips bloom just as the cherry blossoms in DC fade.  Usually, the tulips in DC will hit peak bloom right around the middle of April. 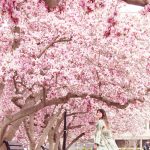 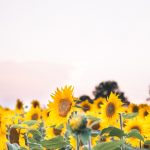 READ MORE: THE PRETTIEST SUNFLOWER FIELD IN MARYLAND YOU HAVE TO SEE TO BELIEVE

The Floral Library or Tulip Library in Washington DC

Lady Bird Johnson first planted these tulips as part of a Washington DC beautification project.  Now every year over 10,000 tulips in 100 varieties of tulips from Holland, planted by hand, burst into color every spring!

The Netherlands Carillon is a symbol thanks from the Dutch people for American aid received during and after World War II.

It’s not in DC proper, but across the river in Arlington, VA.

During spring time a large garden of tulips blooms in vibrant colors at the base of the Carillon.  This is a great photo spot as you will get a shot of the tulips and the Washington Monument.

The walk is about 1/2 mile from either metro stop.

For those already on the National Mall, hop over to the US Capitol and you’ll see a nice patch of tulips blooming right in front of the Capitol Building during spring time!

This is the best time to get a photo of the US Capitol surrounded by tulips!  The patch is not huge so it might not be ideal if you are looking for a field of tulips. 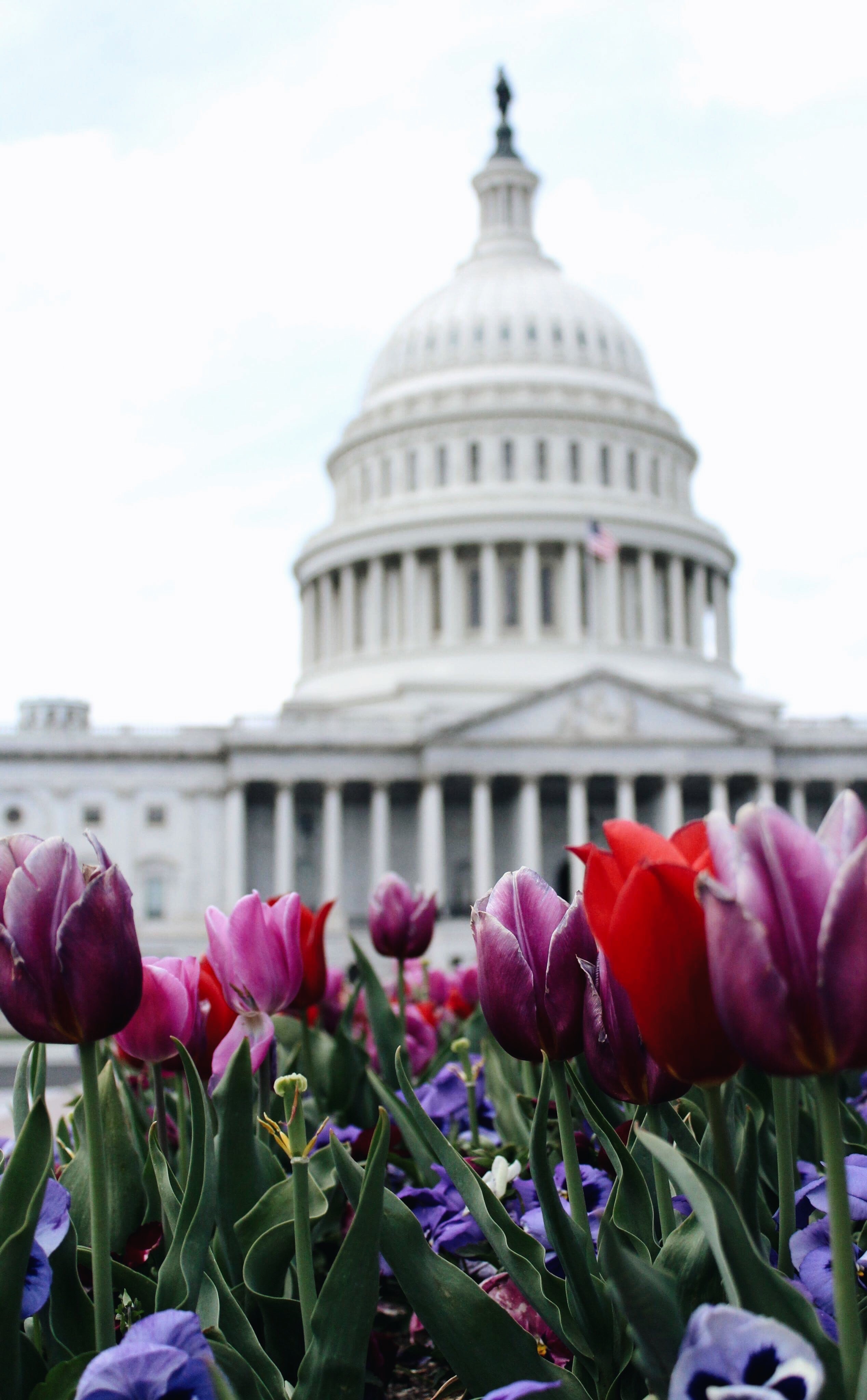 My favorite place to see tulips near Washington DC is Brookside Gardens. 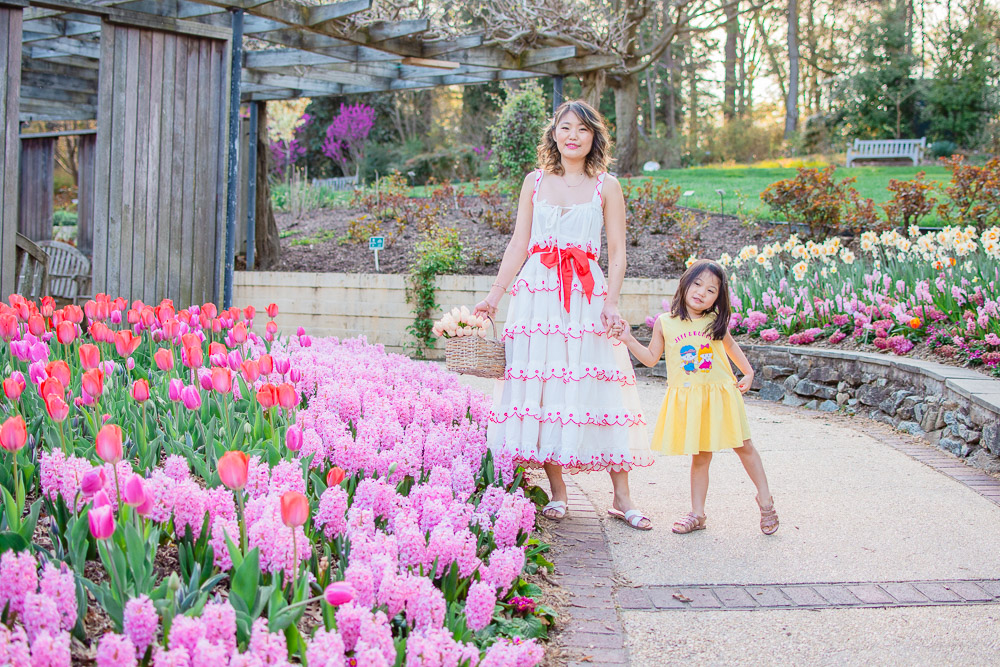 Just a little outside of Washington DC, in Wheaton Maryland, Brookside Gardens is a lovely public garden that is completely free and has quite the showing of tulips. 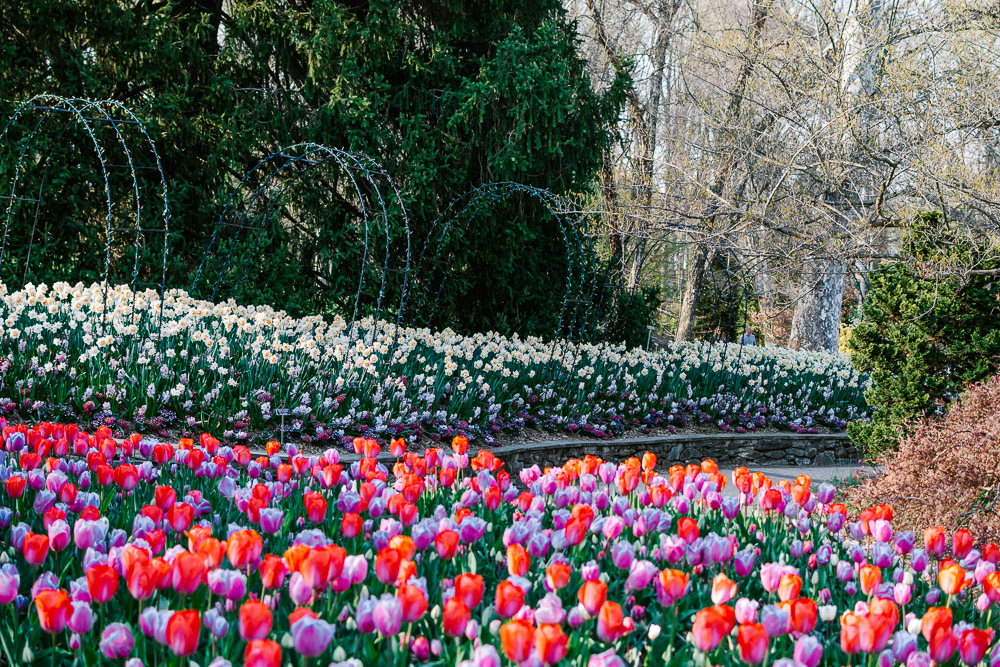 The tulips at Brookside are tall, lush, and full with a variety of colors.

Strolling through the gardens was spectacular and definitely gave me that Holland feeling. 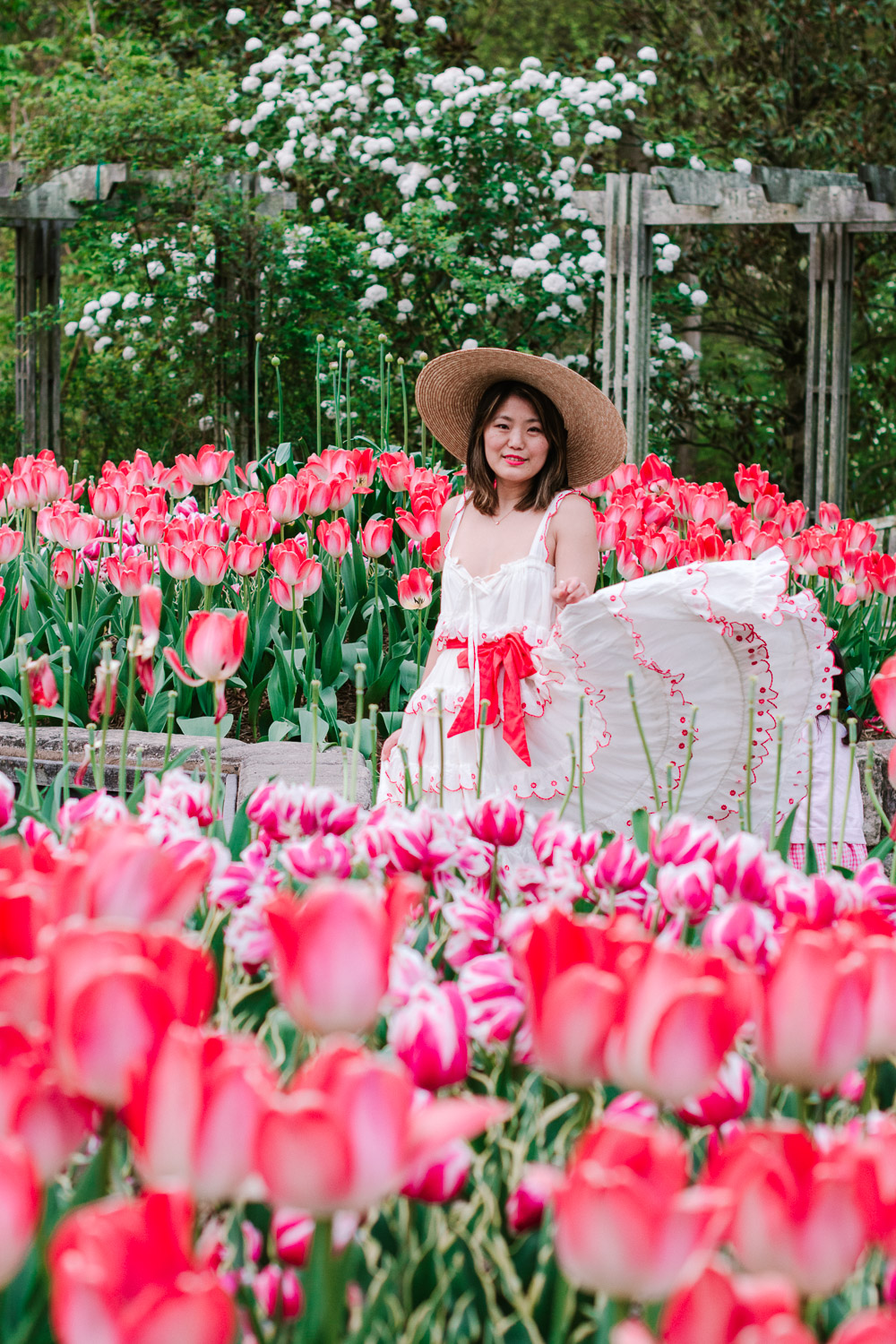 And they have much much more than just tulips.

There are wisteria and azaleas as well and a little Japanese tea house. 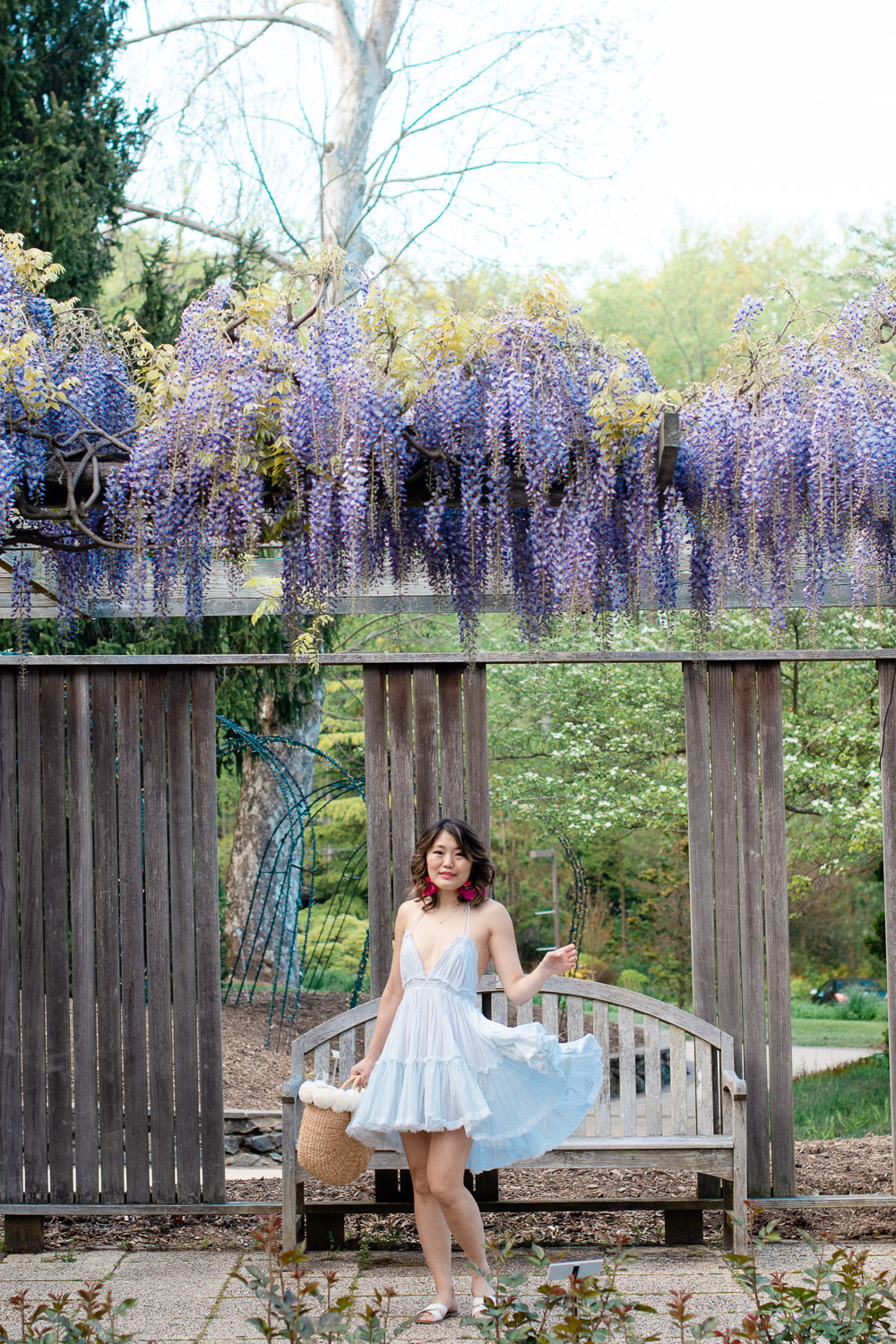 Brookside is also a popular wedding venue (I know because I looked at it as a possibility for my own wedding) so the gardens are always immaculately maintained. 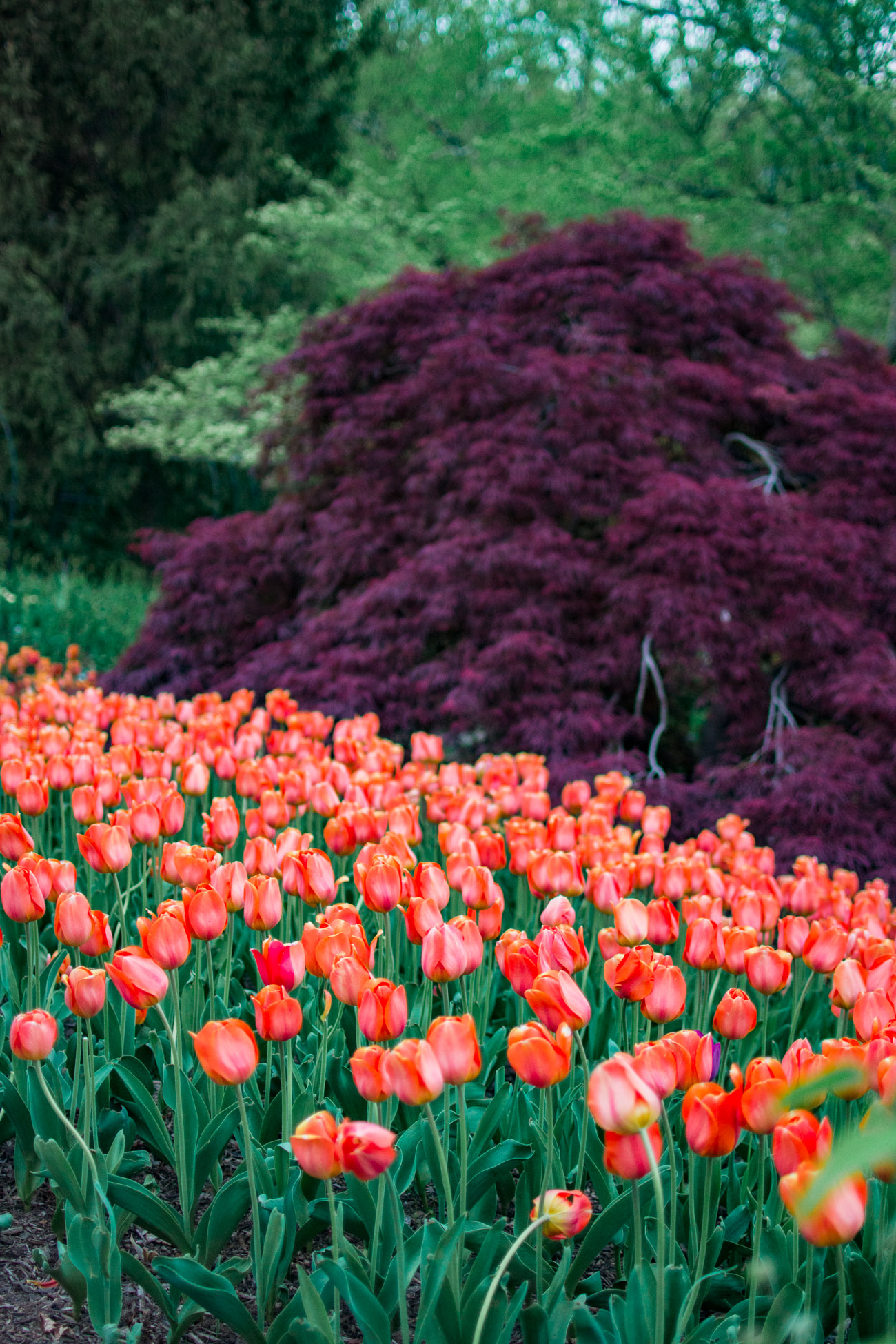 Brookside Gardens is definitely the best place to see tulips in Washington DC. 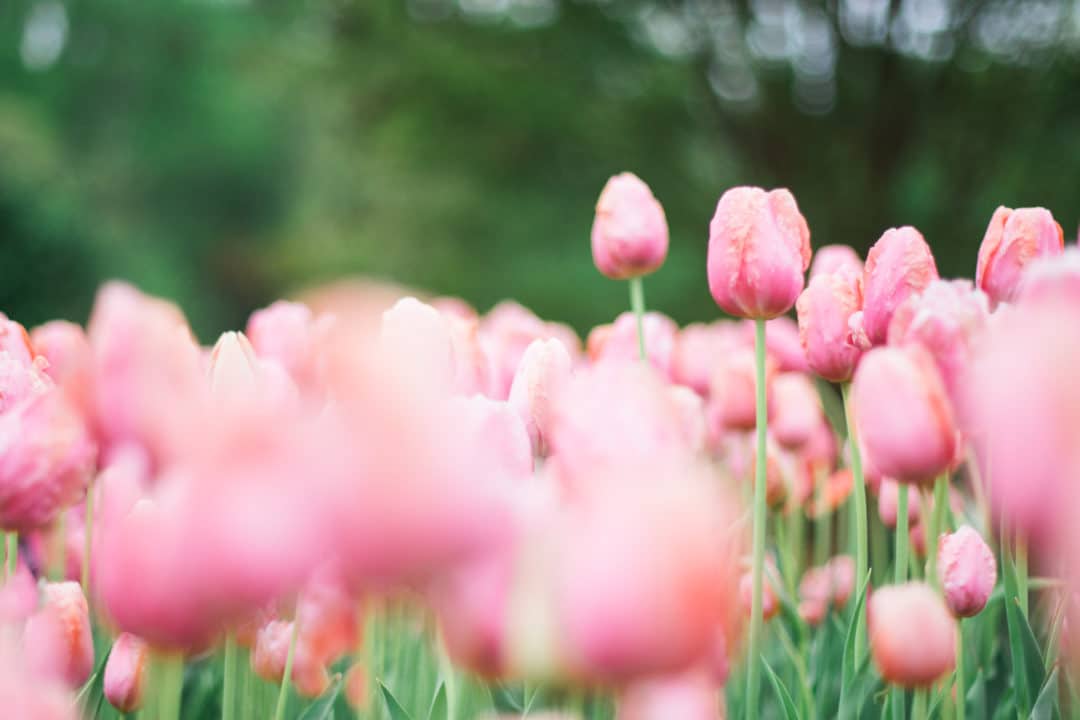 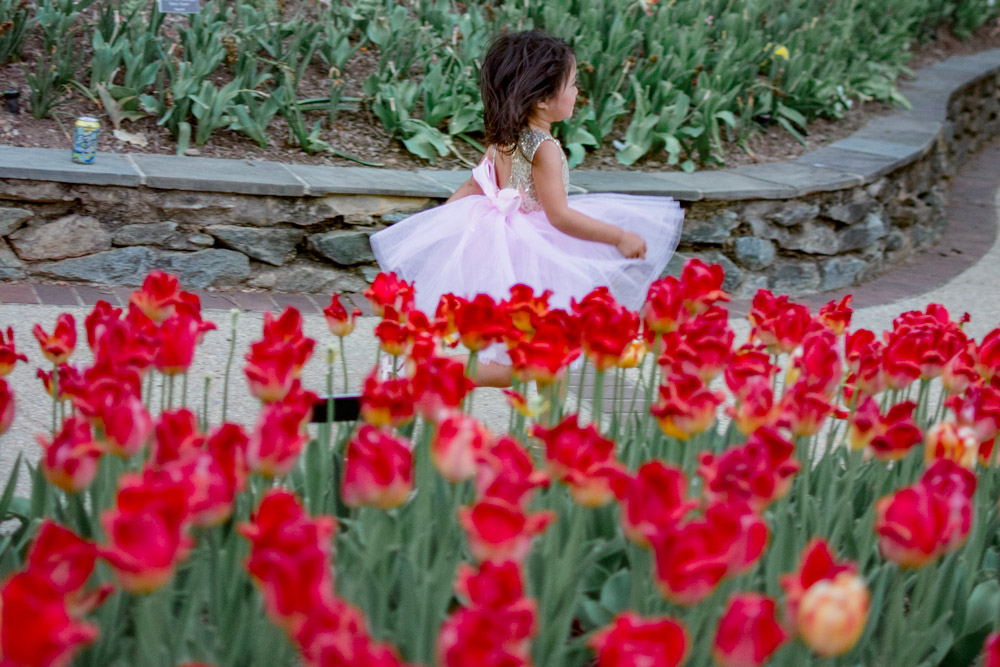 The tulips usually bloom right after the cherry blossoms in DC, so right around mid-April.  As of April 22, 2019, the tulips here are in full bloom and fading super fast!  Some patches have fallen already.

My scalloped midi dress here, similar one here.  The dress my daughter is wearing is available from Amazon HERE.

I’ve also been to another popular tulip field in Virginia, Burnside Farms, which was a big disappointment actually. 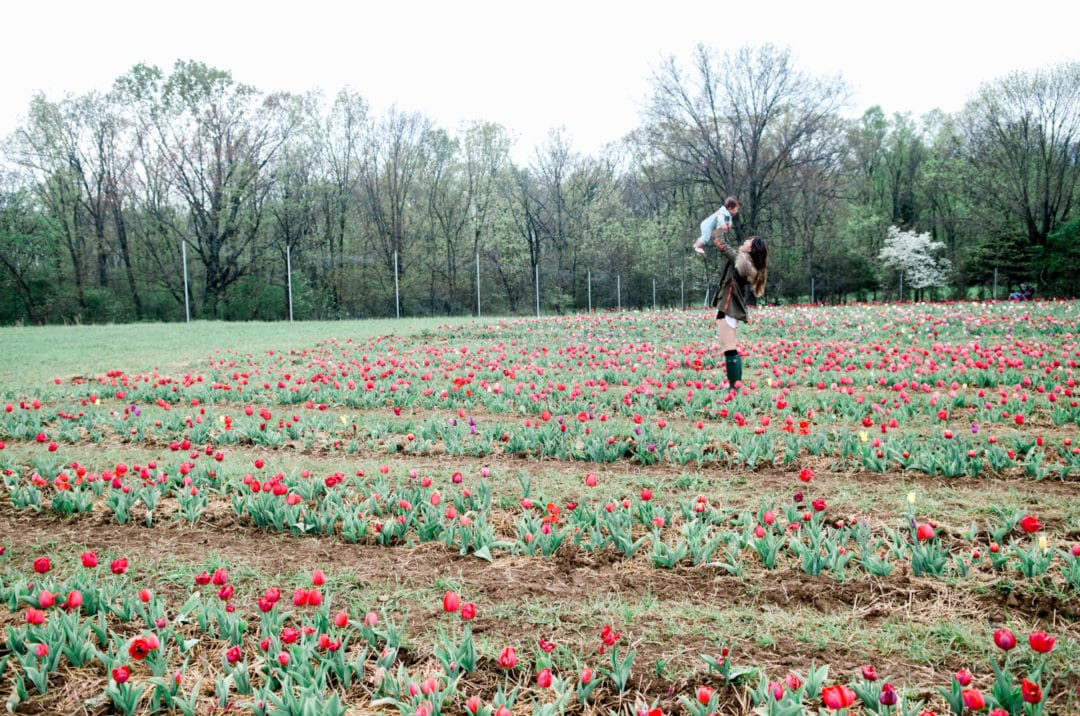 I really wanted to love this tulip field in Virginia after seeing all the pictures.  But it’s really more of a tulip “patch” than a field.

And the variety of tulips they had were all very very short and not very densely planted. 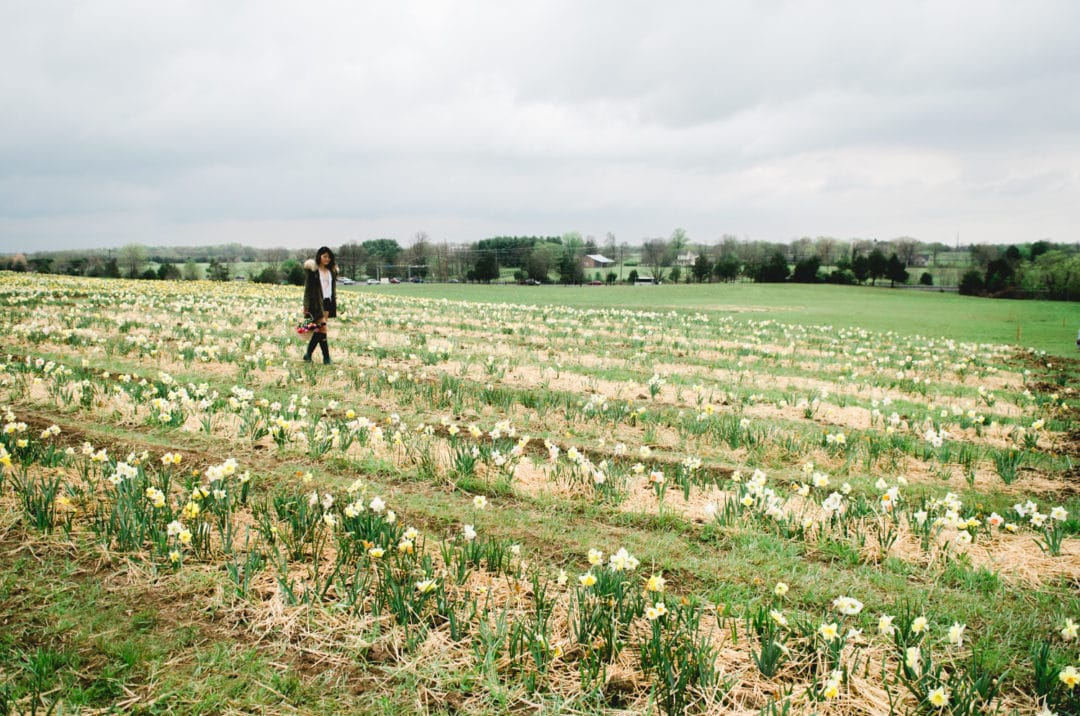 It could be that you can pick the tulips at Burnside Farm in Virginia so it makes the field a bit patchy.

At about an hour drive out of DC it was quite a hike and not worth it in my opinion.

I’ve heard from other Virginians that I might have gone on a bad year and that last year was epic, so I’m definitely checking this tulip field out this year!

Tulip Fields at Laval in Quebec

If you are willing to take a little road trip the Tulip Fields at Laval in Quebec near Montreal look amazing!

The drive to the Laval tulip farm is about 10 hours from Washington DC so you would spend a day driving, but I think it’s worth it.  For the Tulip Festival U-Pick Tulips in Laval has planted 500,000 tulips for you to photograph and pick.  The Laval tulip farm’s expected opening date for 2019 is May 10.

I believe last year they were in full bloom until around Memorial Day weekend.

There is a price of admission for the Laval Tulip Fields:

To access this tulip field in Quebec on a weekend you will need to purchase tickets in advance, you can buy them here.

So far this is the only Tulip field on the East Coast and within driving distance of Washington DC that could compare with the Tulip fields in Washinton State and Holland.

If you go be sure to comment and let me know how it is!

UPDATE:  So yes I took the 10 hour drive up to Laval or Montreal to be precise and went the Tulipes.ca field.

I can only say that it was a HUGE disappointment.  Tulipes.ca in Laval was no more than a Tulip patch.

And it looks like the best photos spots are gated off for photographers which can be booked at $75 per hour.  Honestly, this place was NOT worth it!!

First, the staff was uncommunicative.  They announced that they would be open on Wednesday, so I’m thinking yay the tulips will be in bloom!

But this was not the case!  They waited until Friday to update that they will be open but the tulips are not blooming at all!!  I think they did this on purpose so people would buy tickets.

The tickets are non refundable and you can use them for any weekend, but we were only going there for the tulips and not planning on going back.

If Tulipes.ca had just posted a picture of what the field looked like at the time they announced it was open it would have been clear that the tulips were not in bloom and not going to be blooming by Saturday when they opened, instead, they chose to be deceitful.

I know I sound harsh, and yes it all depends on the weather and Tulipes.ca in Laval cannot control when the tulips bloom.

But they certainly can control how they communicate!  They could have easily said on Wednesday, we will be open but the tulips will not be blooming!

But did they do that, no!  If you are in the Montreal area don’t waste your money!  See below on where to find FREE tulips in Montreal! 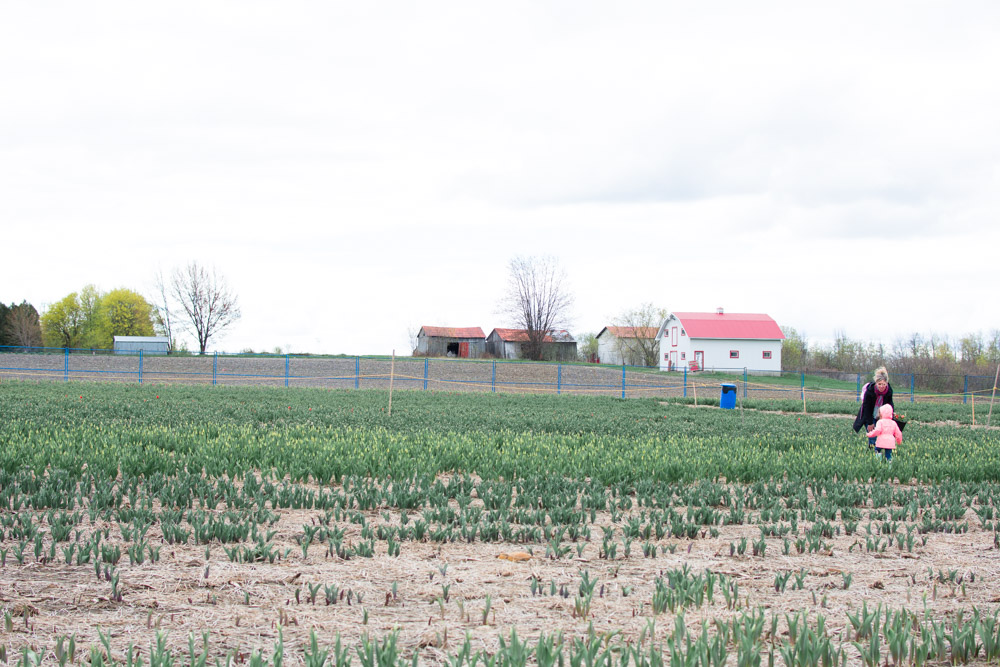 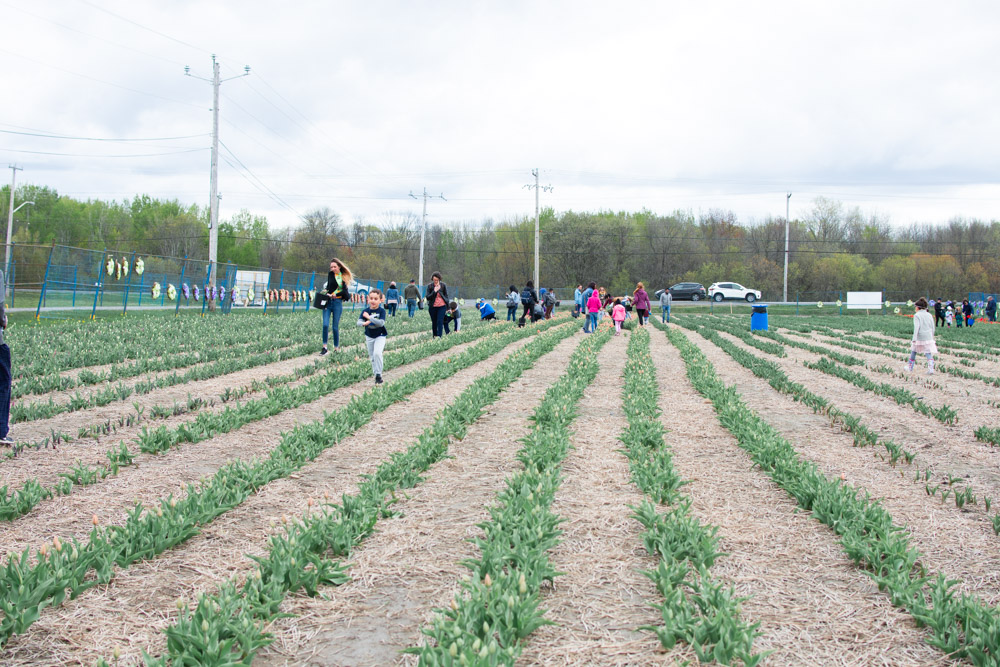 Because Tulipes.ca in Laval turned out to be such a disastrous disappointment, we headed to the Montreal Botanical Gardens to see some other pretty flowers.

Little did I know that the entire entrance of the Botanical Garden in Montreal was blooming with TULIPS!

It was absolutely gorgeous!!  And to boot, it was free!  The tulips are actually just outside of the main entrance (where the restaurant is) to the Montreal Botanical Gardens and free for anyone to enjoy.

I would totally pay to visit the gardens though because it was absolutely beautiful!

I could easily spend a whole day here!  It was about $20 USD per adult and free for children under 5.

In my opinion, it was totally worth it and so much better than the tulip field in Laval. 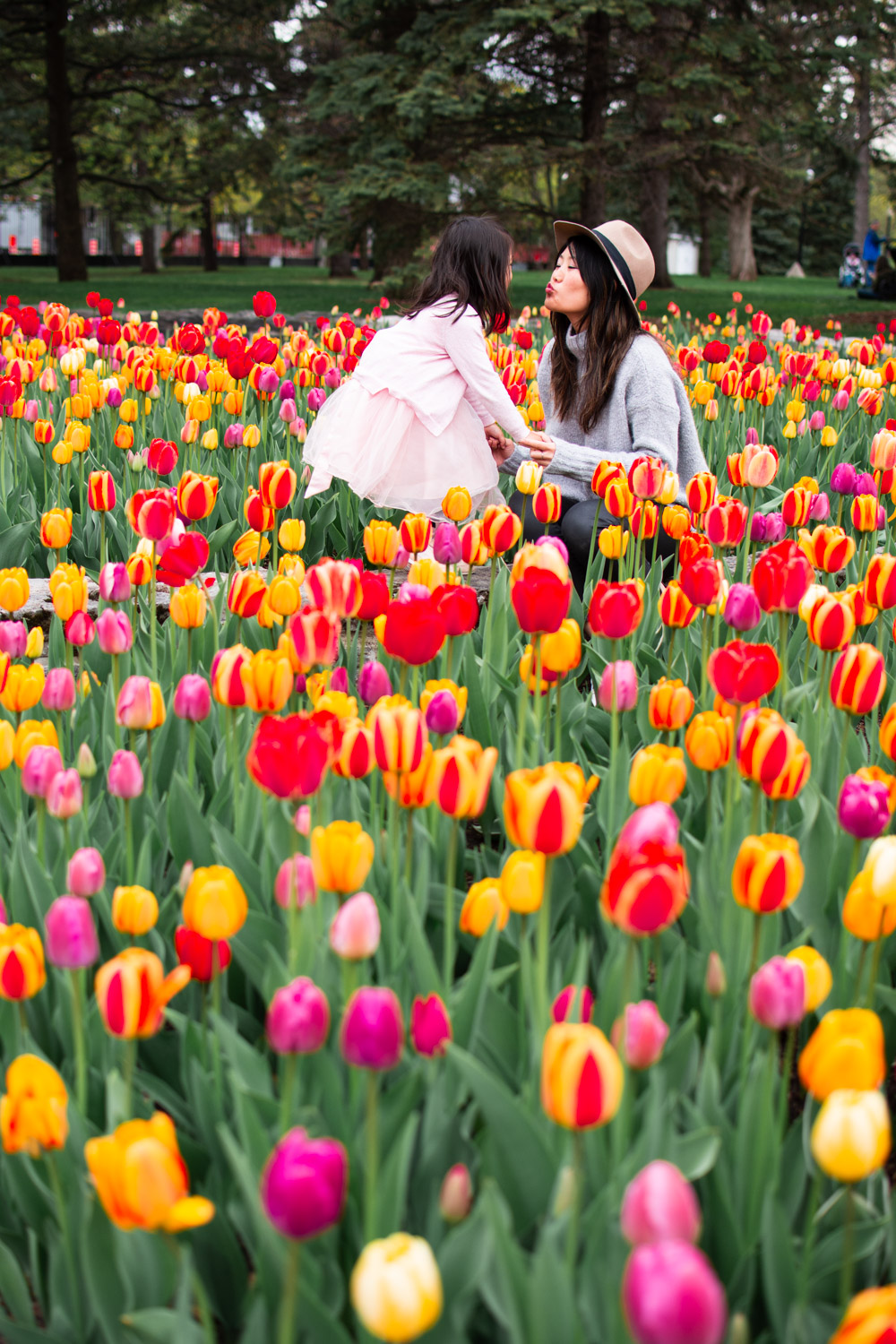 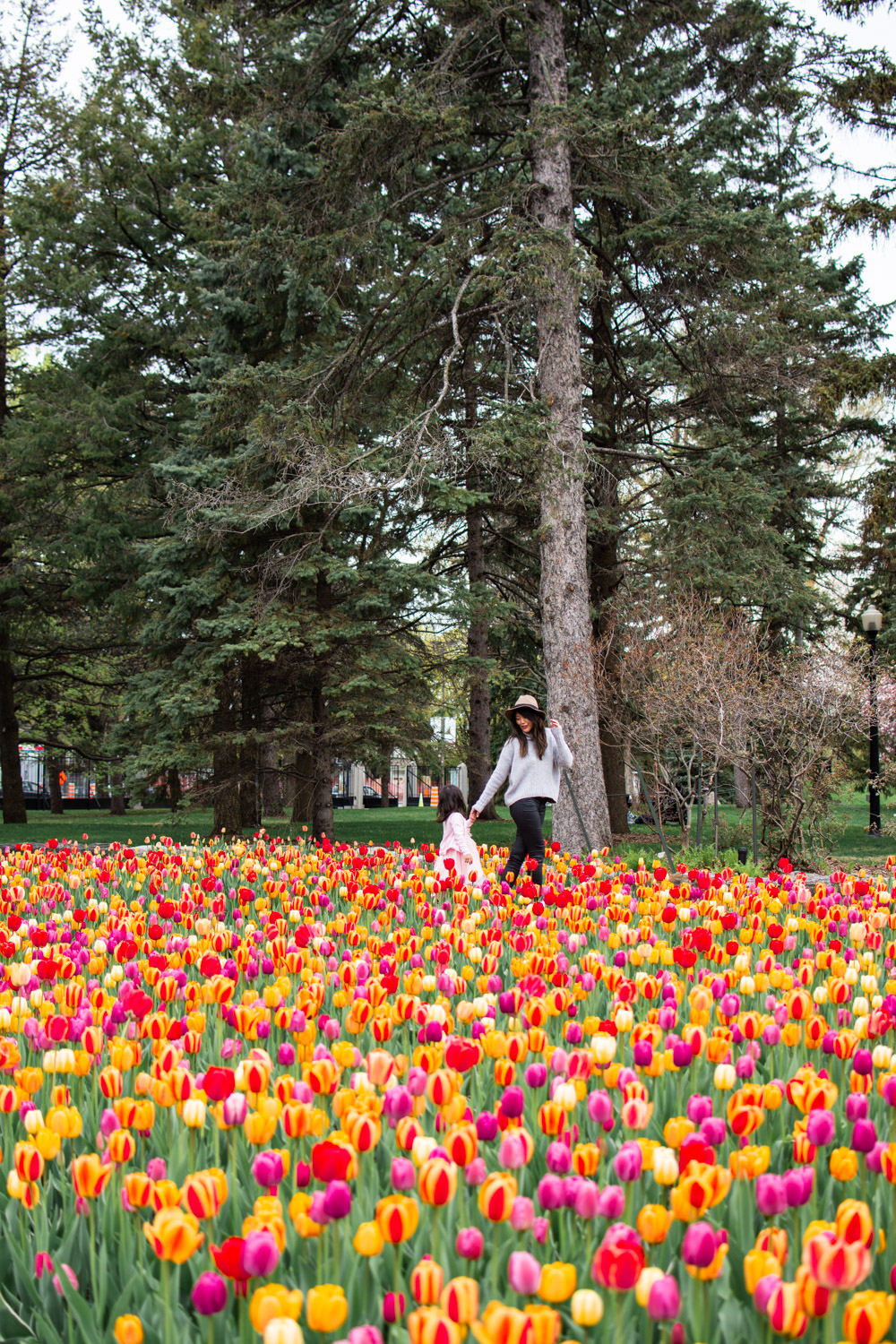 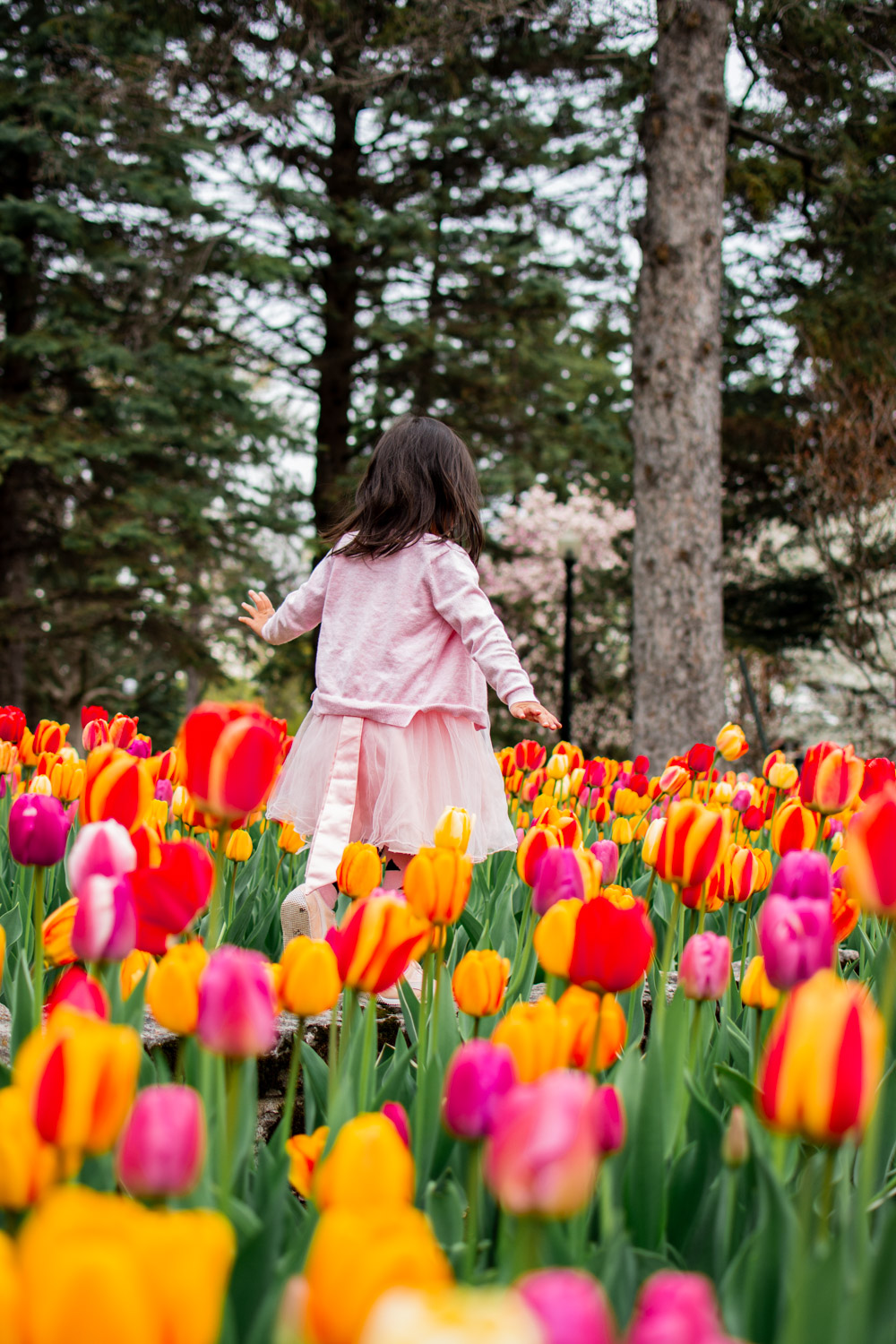 Some pictures of the Montreal Botanical Gardens: 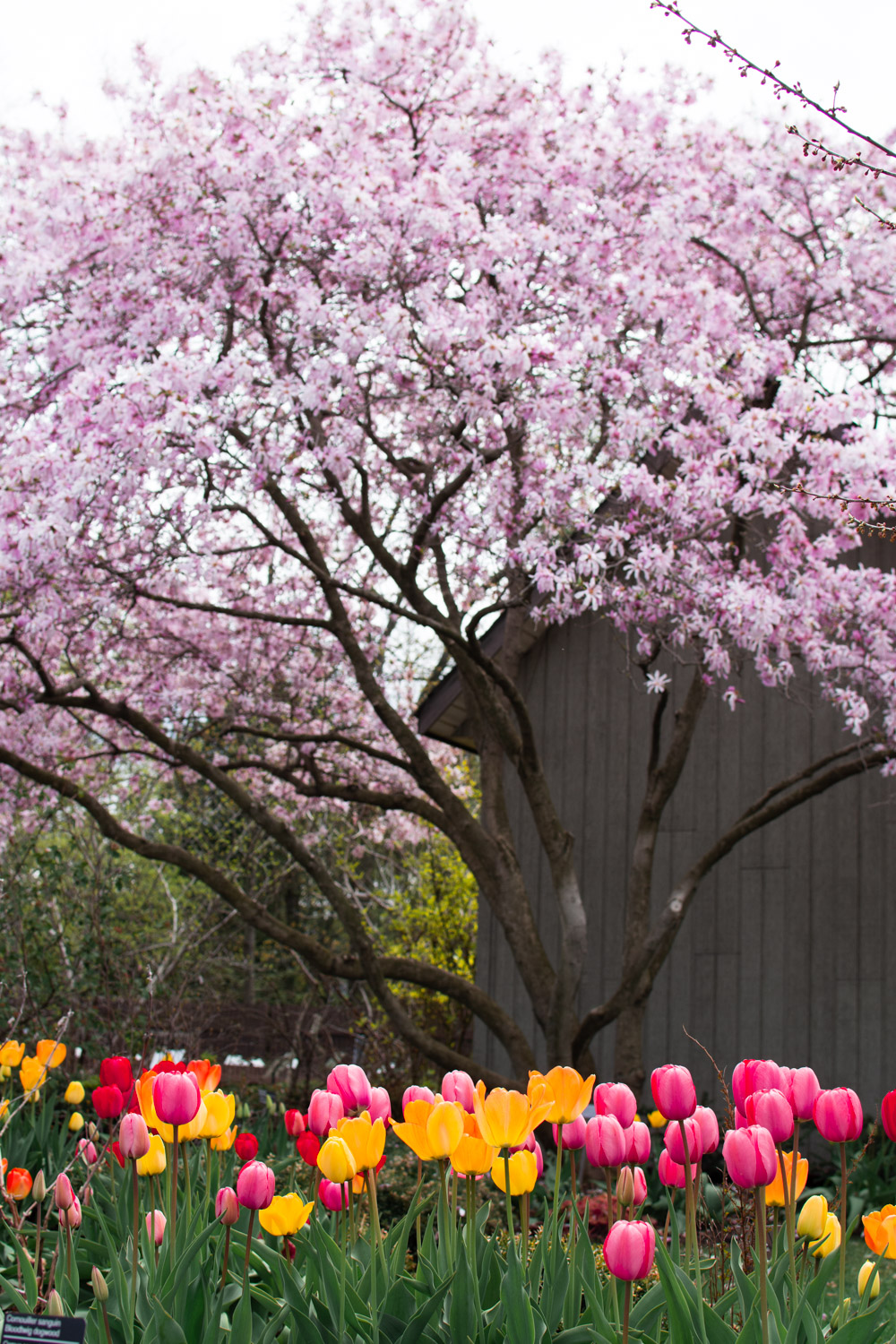 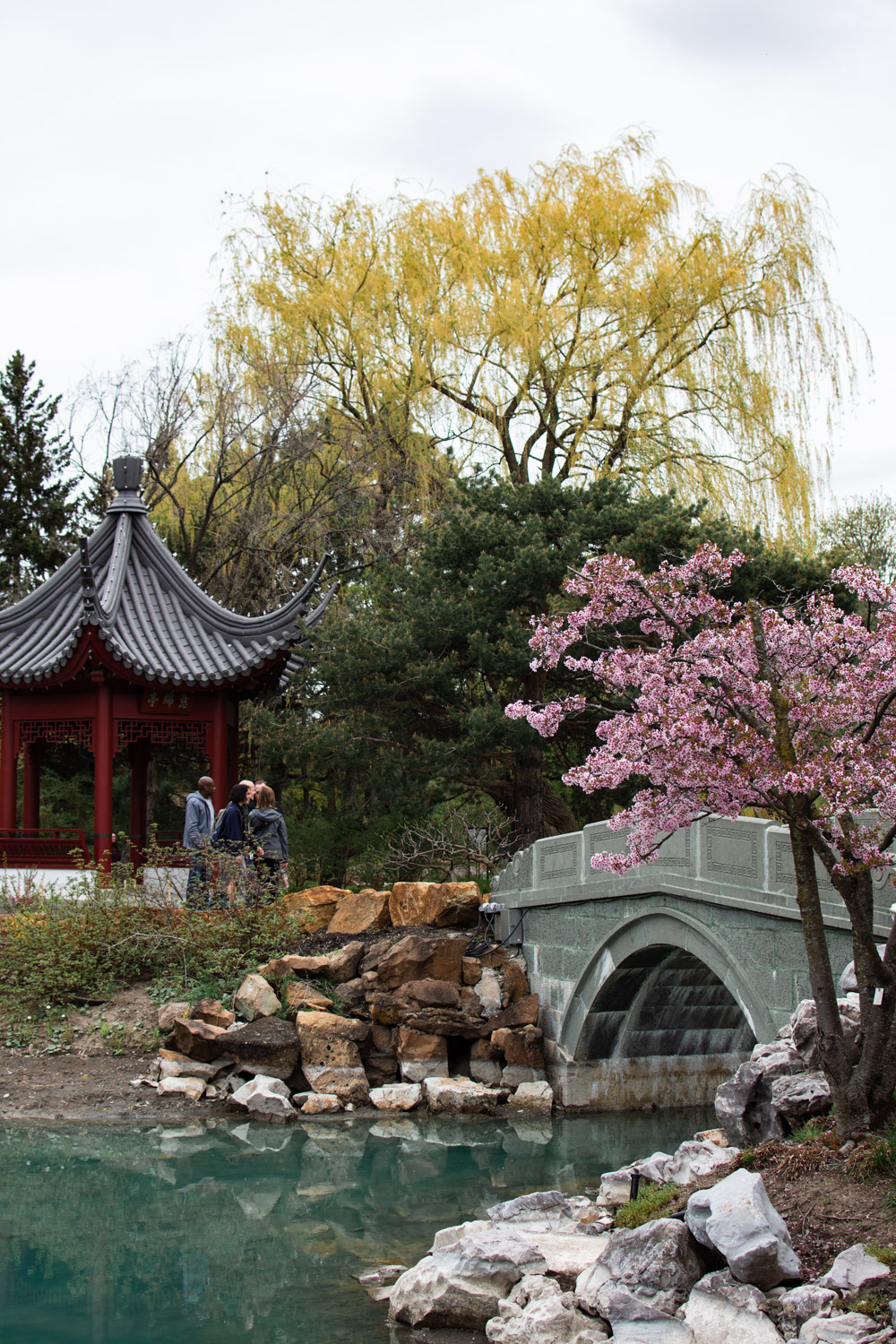 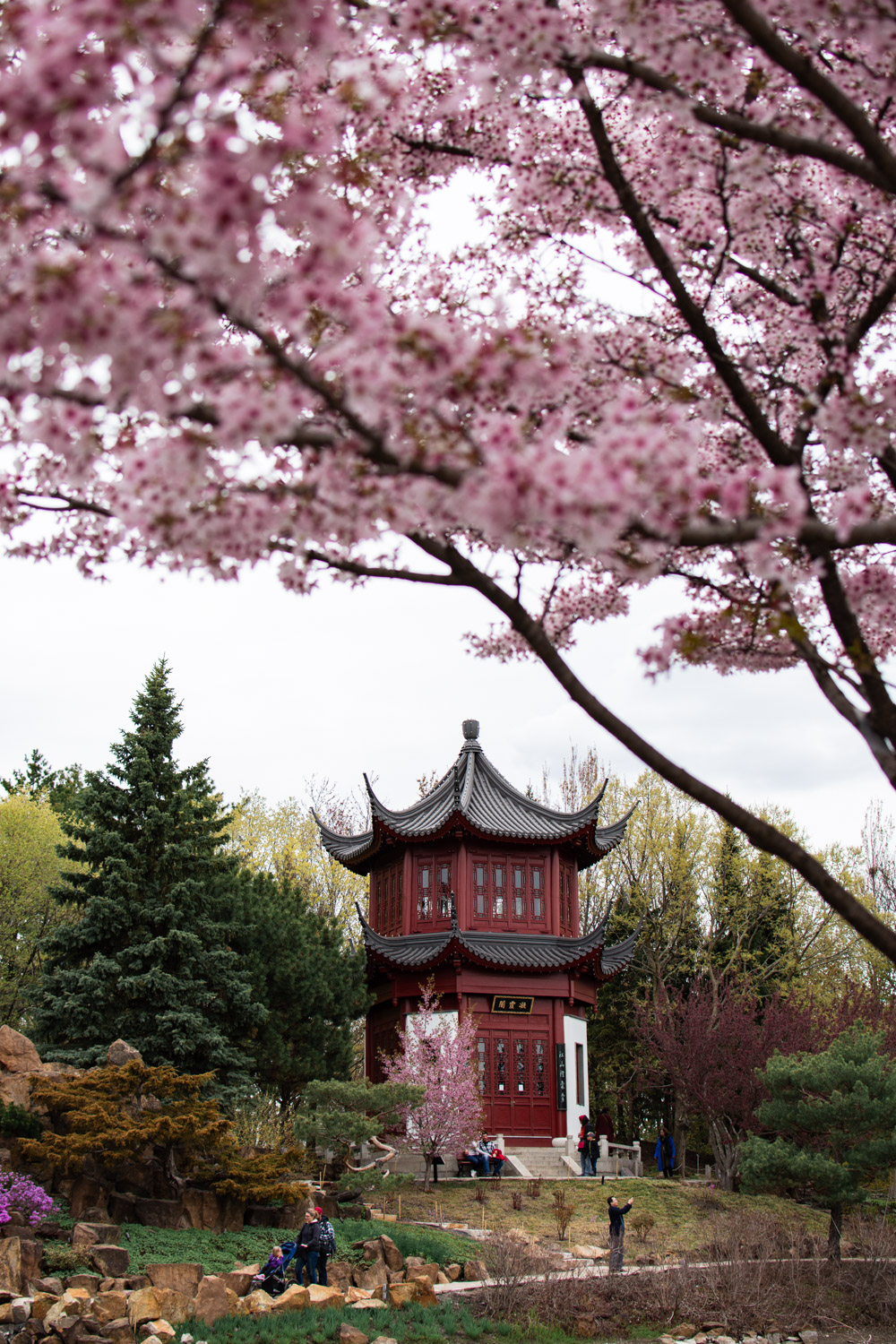 At only about 3 hours away from Washington DC this tulip field is much more accessible than the tulip field near Montreal.

You could just take a day trip to this tulip field from Washington DC!

The Holland Ridge Farms tulips bloom around mid-April and are gorgeous!

My friend MyDarlingPassport went last year and it was stunning, the pictures below are from her!

Like the Tulip Farm in Quebec, there is a cost for entry, find ticket prices here:  https://www.hollandridgefarms.com/tickets

And if you end up going to this tulip field in New Jersey, let me know in the comments below! 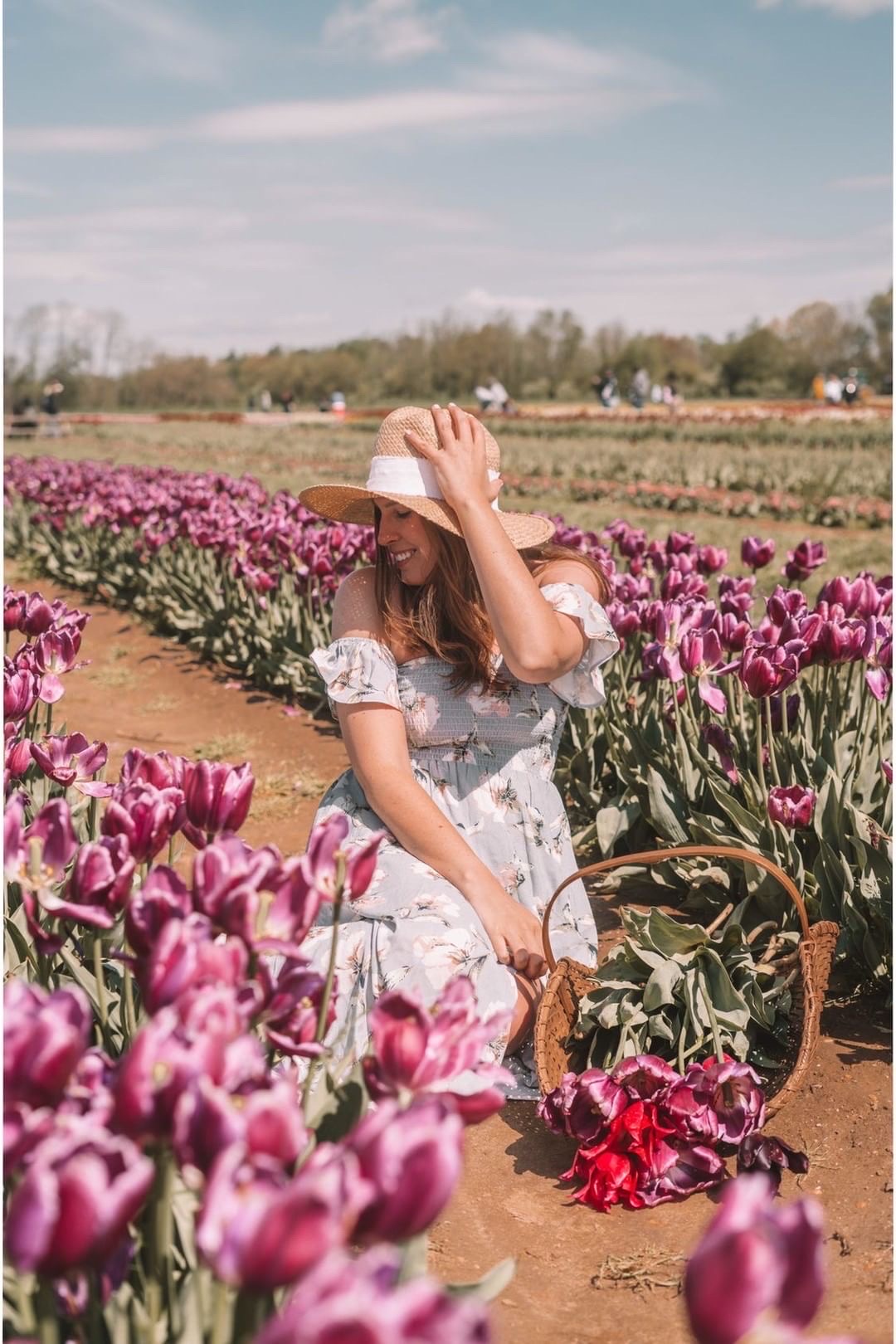 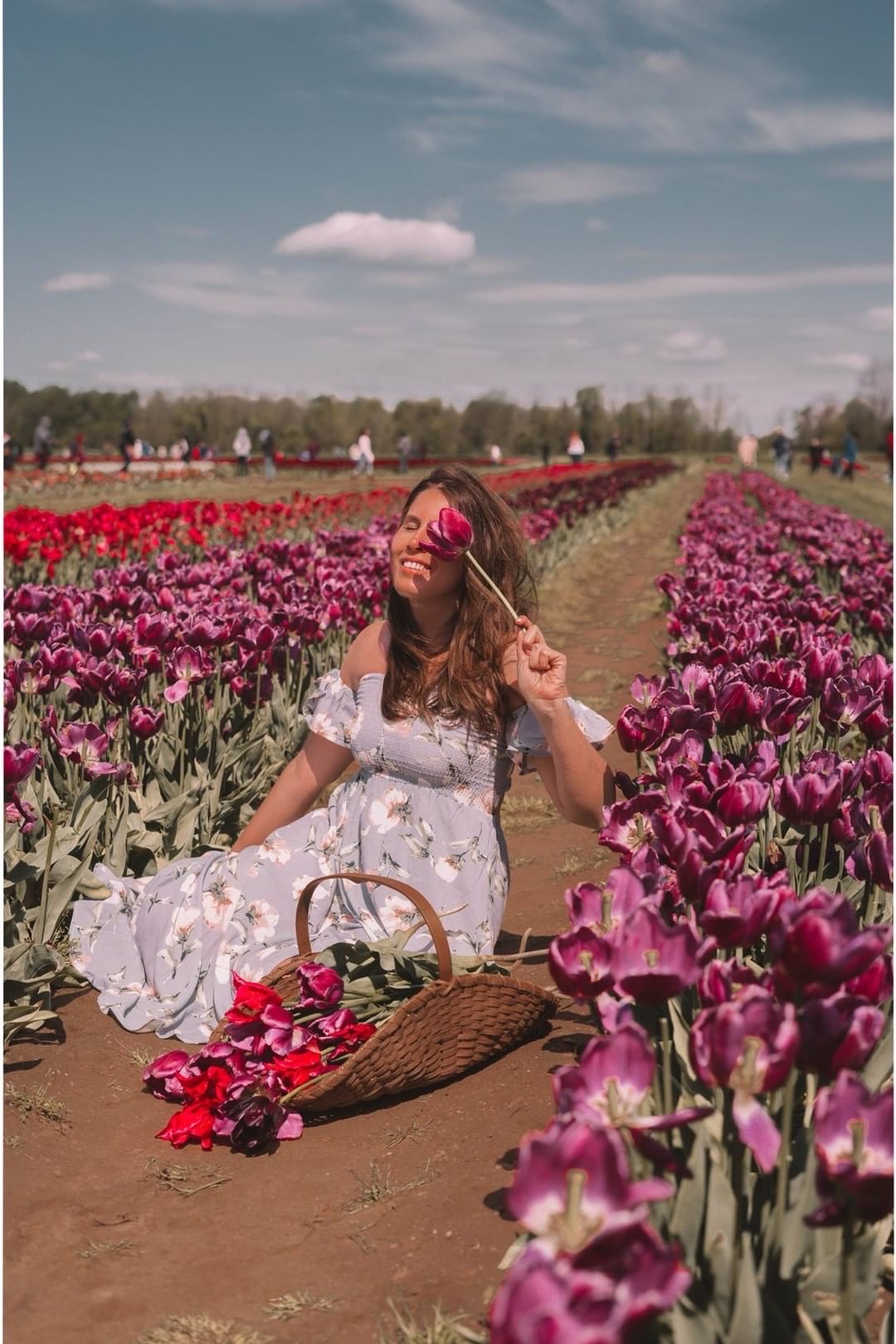 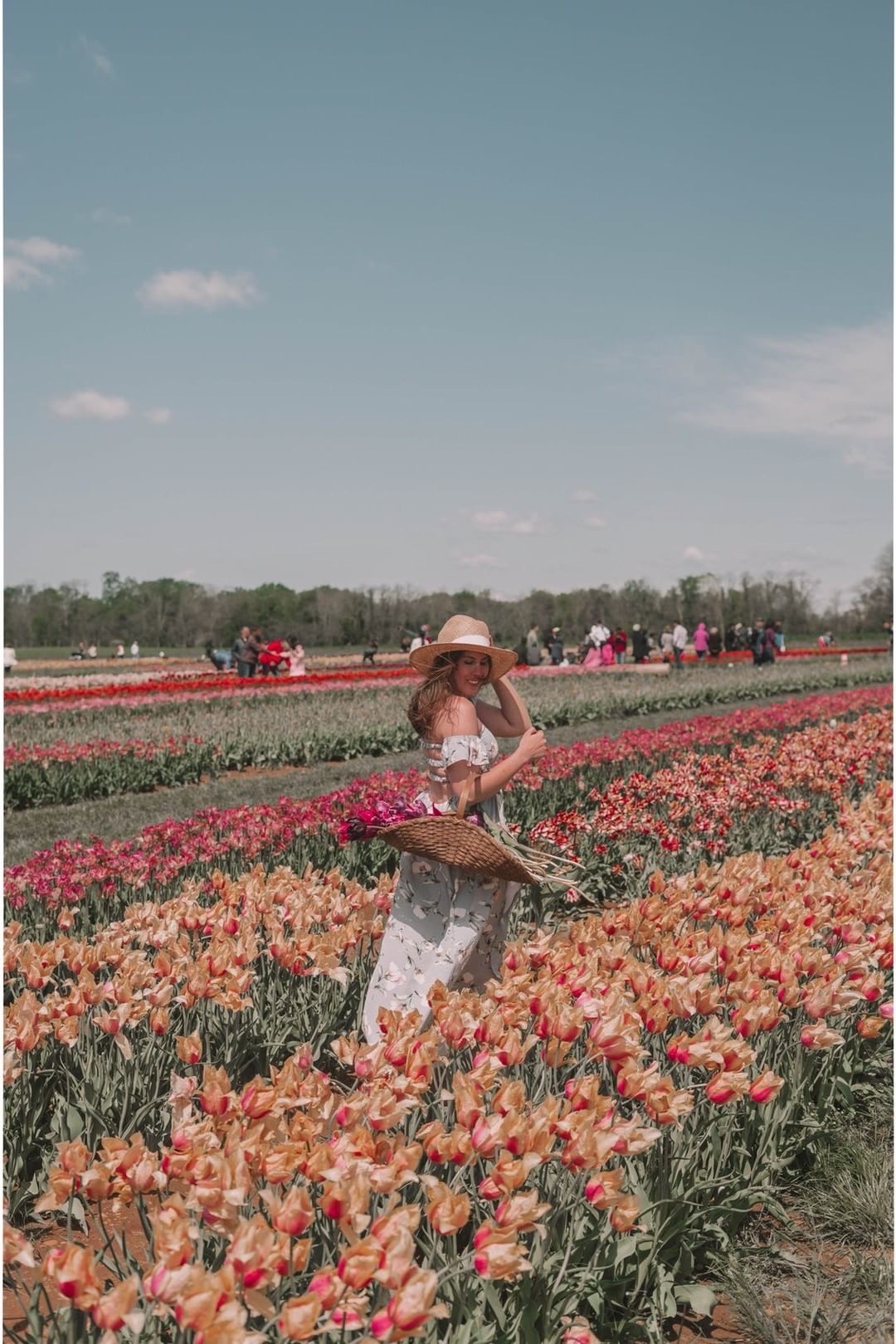 On the banks of the Potomac river the Navy Merchant Marine Memorial not only offers beautiful views of the water and of the National Monument, but during spring it comes alive with tulips! 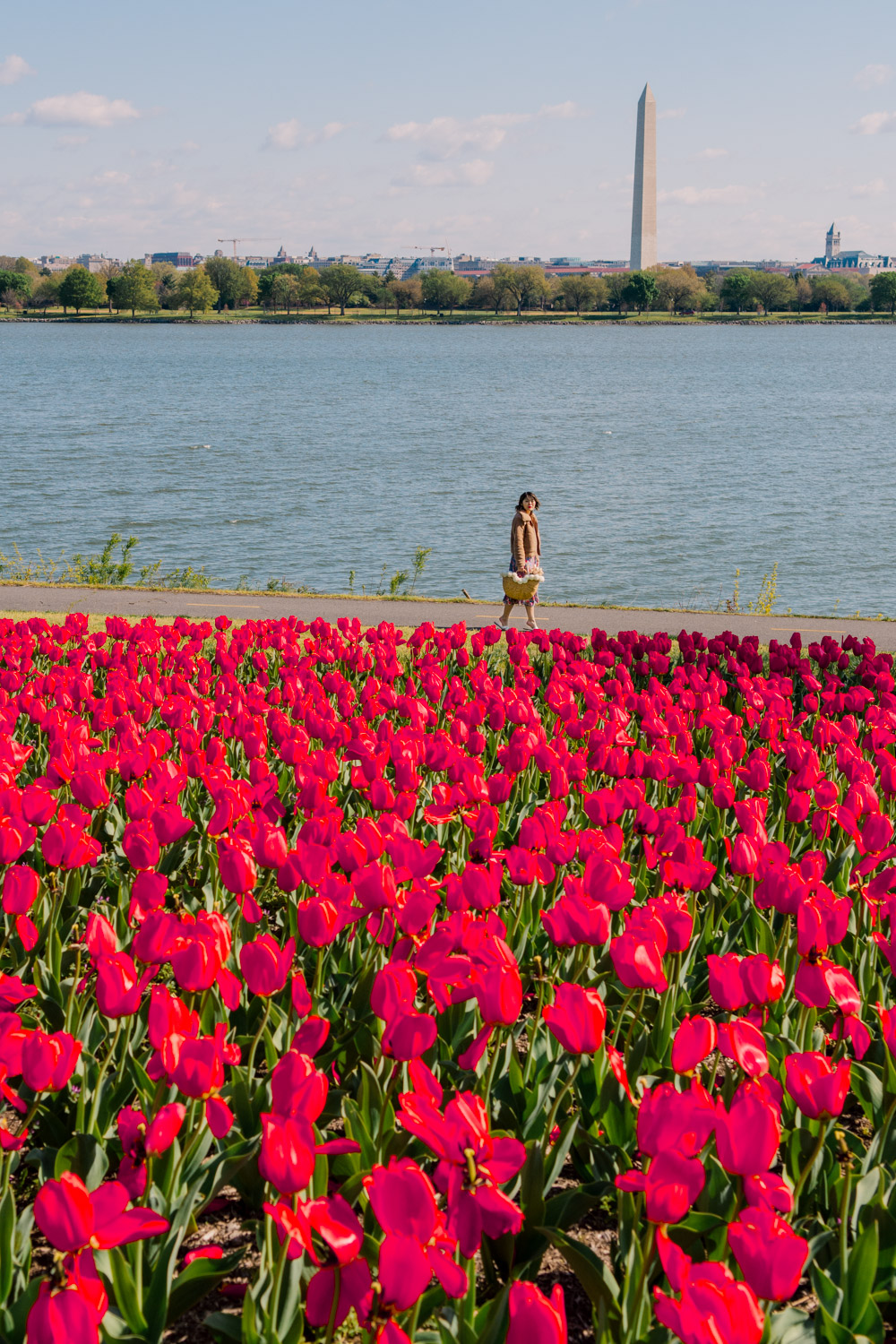 Each year during spring in DC tulips explode in color around this memorial.  This memorial is inside Lady Bird Johnson Park, on George Washington Parkway. 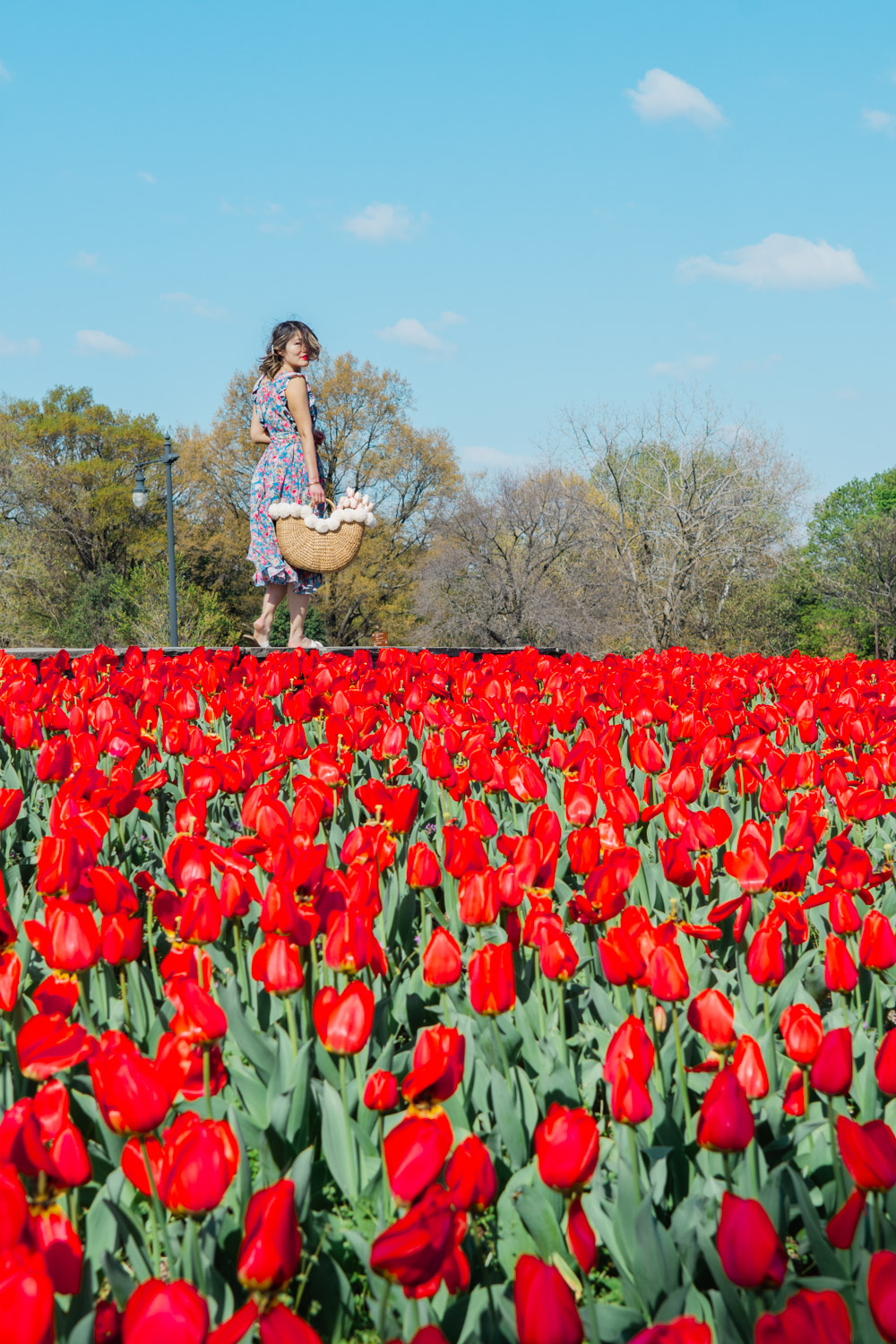 Parking is available at Columbia Island Marina if you are driving.  There’s no metro access here but there is a bike trail so you can ride your bike here. 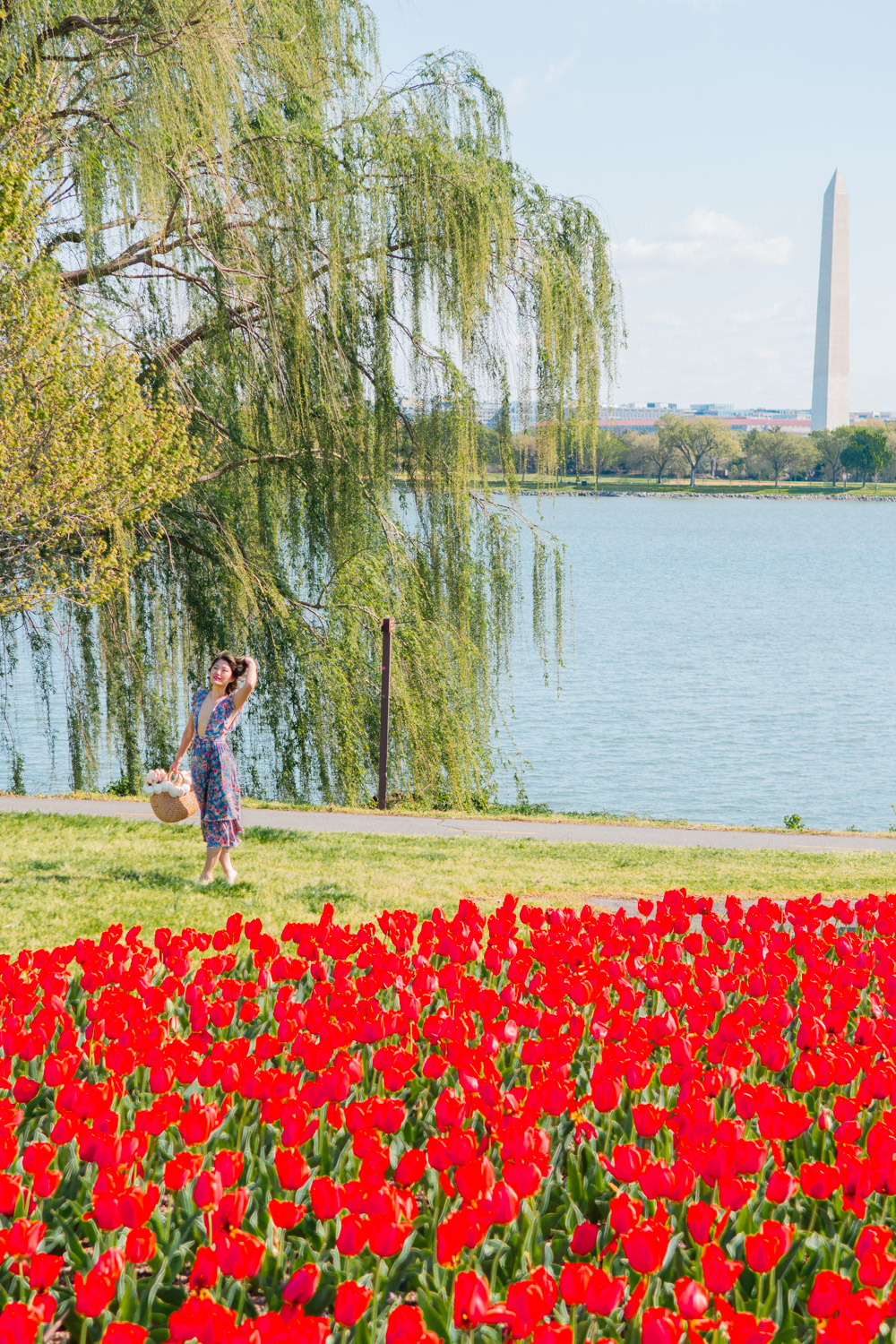 Sherwood Gardens is another perfect spot for tulips in Maryland.

This beautiful garden in Maryland is famous for its tulip displays every spring.

Encompassing 6 acres, Sherwood plants 80,000 tulips every year for the public to enjoy.

Sherwood Gardens is completely free, with ample space to spread out and have a picnic.

There is no dedicated parking at Sherwood but you can find free 2 hour parking in the streets surrounding the park.

The Wardman Park Marriott in DC is another great place to enjoy tulips this spring.

This park run by the hotel plants about 40,000 tulips every year!

In 2020 the hotel filed for bankruptcy and closed, so no tulips will be planted that I’m aware of.  There are plans to turn this location into 900 apartments!

Omni Shoreham Hotel has a pretty little patch of tulips right outside of the hotel for beautiful photos.  It’s not a field of tulips like the Marriott in Wardman was, but it’s still very pretty for a few photos. 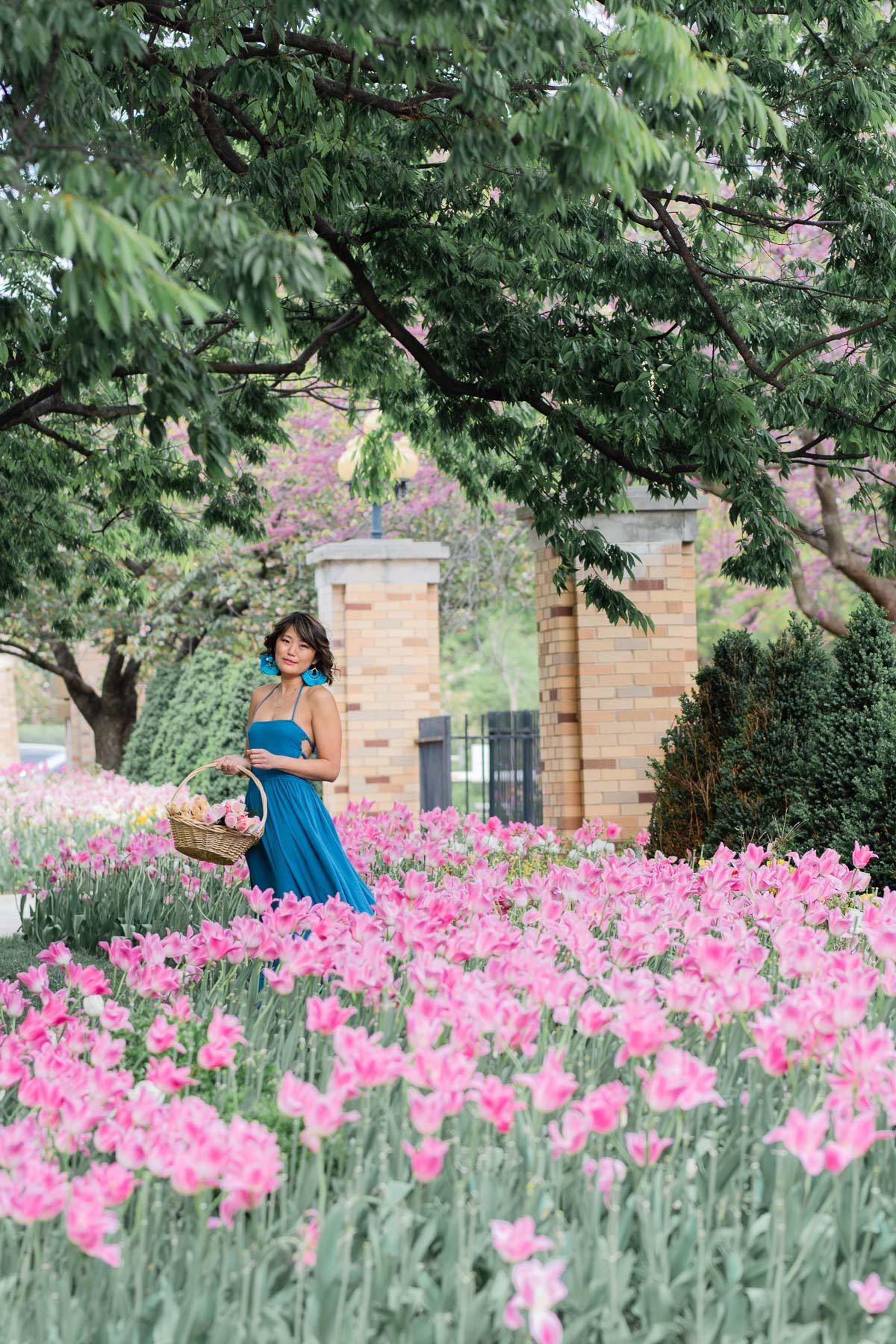 Bonus, there is also a Kwanzan cherry blossom tree nestled in the tulips and they peak bloom around the same time!  There is ample parking right outside the hotel on the street and it’s free. 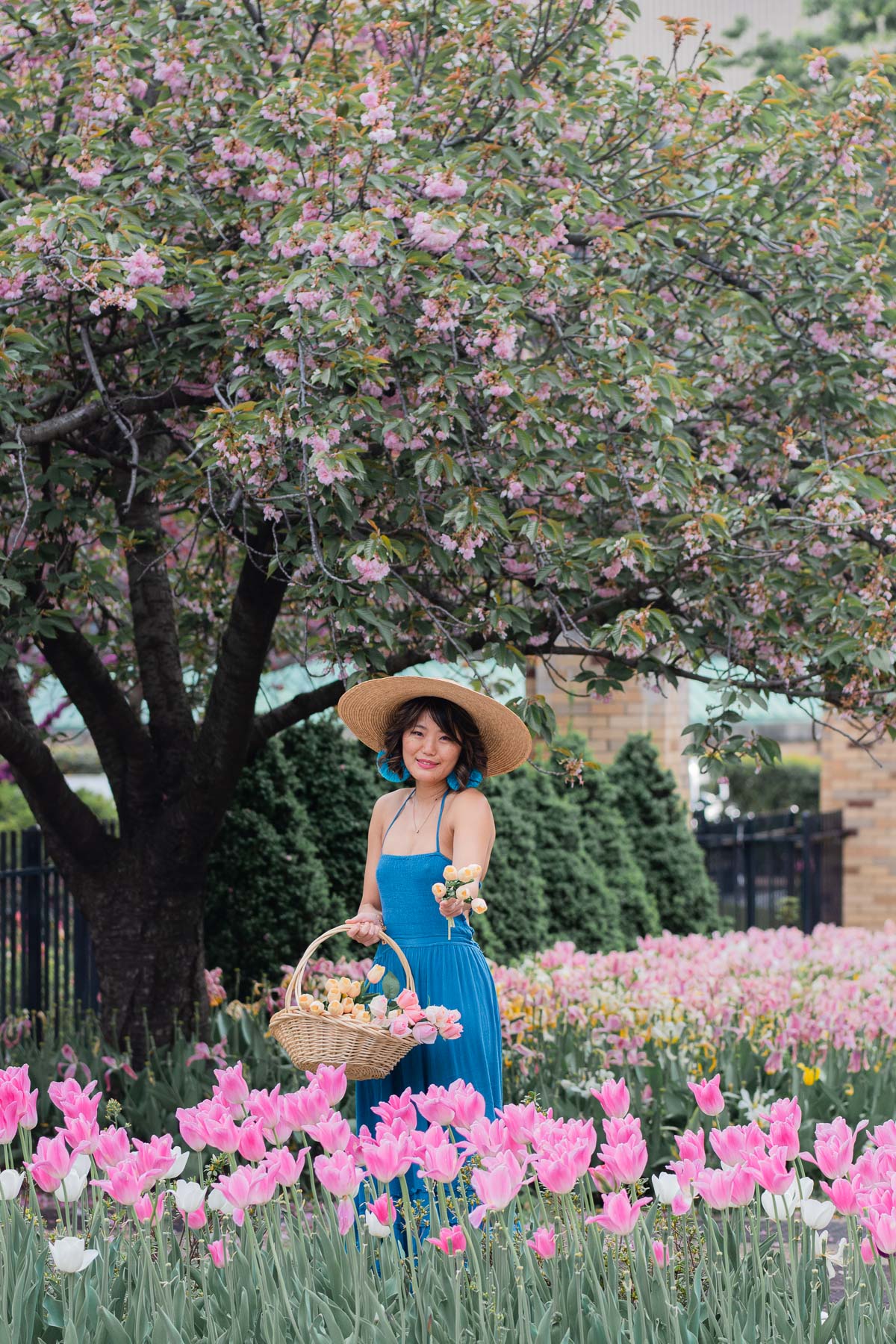